Now that gaming NFTs have established themselves as a force to be reckoned with, the industry prepares to pivot towards its next great milestone. In essence, games shouldn’t live in isolation, instead, worlds should feed off one another as mighty heroes ply their trade within a myriad of universes, wherein, rogues tread through multiple genres with the greatest of ease, brandishing weapons and accessories that travel with them through the ether.

So, with this interoperable dream at its heart, three mighty development teams have formed an alliance that will take p2E gaming to its next exciting level. Therefore, the big brains at WarQube, Big Forge Games, and iDos Games have combined forces, using their collective knowhow bring assets that transcend traditional gaming and bleed from one realm to the next. In a first of its kind collaboration that will set the bar for the next generation of developers to follow.

Through this grand initiative, the trailblazing trio will enable NFT skins that function across three unique worlds – the eponymous 3D tower defence MOBA, WarQube, iDos Games mobile shooter, ShootGun, and the BFG Zombie action title, Lift N Shoot will each share interoperable NFTs, all optimized to use in-game and trade seamlessly in their respective marketplaces. They will share assets from game to game to create one magnificent P2E ecosystem and magnify their utility to boot. 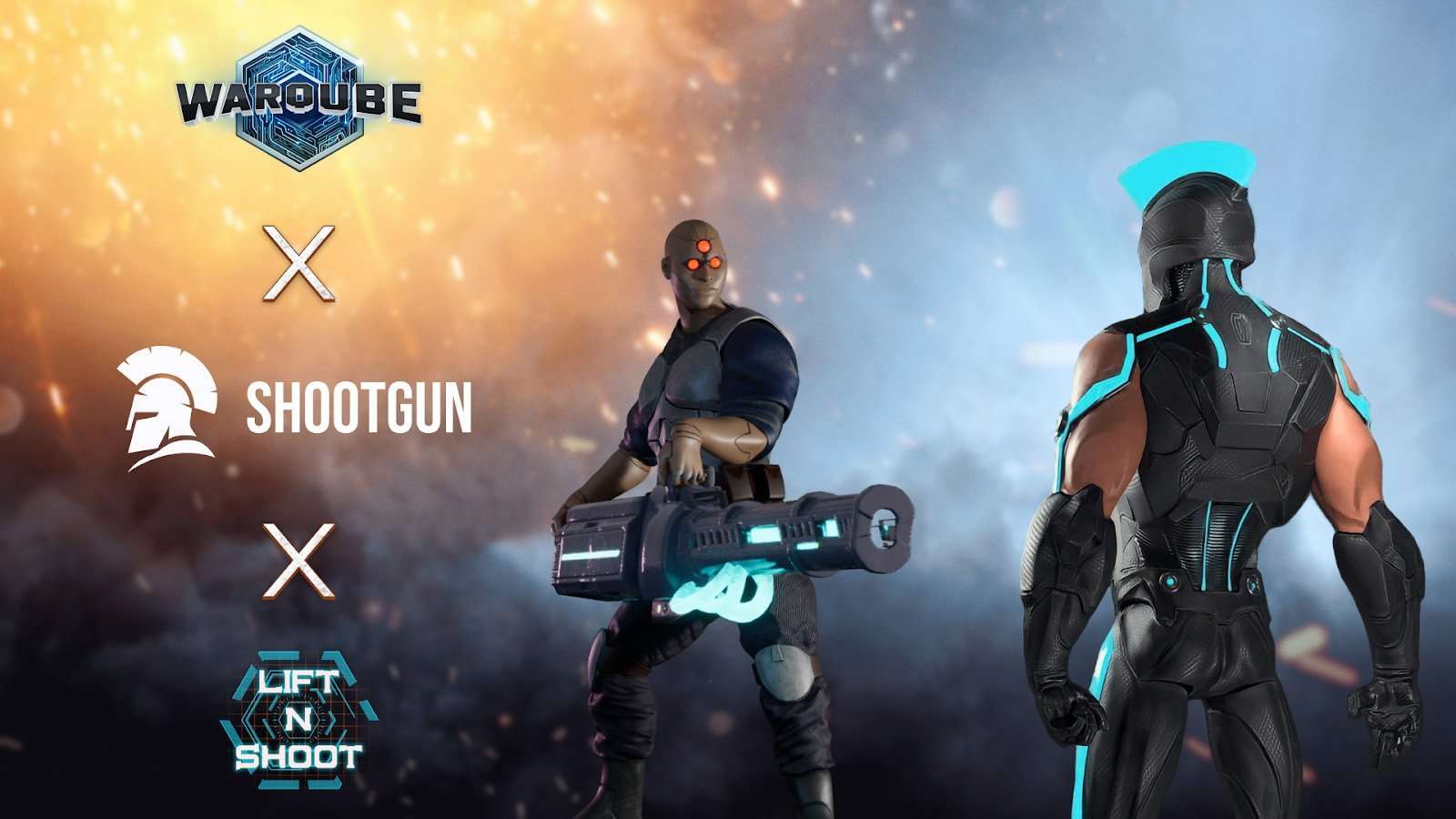 Due to the exquisite nature of the tremendous collaboration, each NFT will provide utility within each game, despite the core mechanics of the three titles representing totally different genres. Such is the power of the union, gamers can use the same asset within the frantic battlegrounds of WarQube, the zombie-infested hellscape of Lift N Shoot, and FPS arena of ShootGun. As a result, bringing a whole new meaning to the term ‘play and own’ within the blockchain gaming sector.

All three masterful titles have reached the latter stages of development and prepare to unleash their unique brand of gameplay on the world. Therefore, exciting times lie ahead, with WarQube, ShootGun and Lift N Shoot all expected to debut in the early stages of next year. So, keep tabs on the respective Twitter feeds to remain up to date on the latest developments.