Developed by Natris, a.k.a. the curators of HERO BLAZE: THREE KINGDOMS, and residing on the Klatyn blockchain (and soon to be on the BNB Smart Chain), KLAYMETA is an NFT game that allows players to engage in cartoon, anime-come-medieval style META quest challenges and adventures in order to earn $META.

Fusion is a version of breeding wherein players can establish a new play style for their Avatars in order to reap the most from KLAYMETA’s P2E mechanics. As each playable character is a fully equipped Avatar NFT, it involves the sacrifice of one Avatar, for the benefit of another.

More specifically, it works by combining two Avatars together at an initial price of six $META, with prices increasing after each subsequent Fusion. Of course, only one Avatar, the ‘Base,’ will prevail, meaning the other one, the ‘Sacrificial’ avatar, will be offering their stats to the Base Avatar throughout Fusion, only to then be burned straight after. The Base Avatar will inherit boosts to their equipment, appearance, or elements, based on a probability scale.

As the nature of a probability scale suggests, boosts are not guaranteed, nor do ‘Fuses’ always go to plan. This is why the game advises players to deploy a two-item lock-up strategy wherein the risks of losing valuable assets are reduced. That being said, players can still theoretically optimize their Fuses by fusing with Sacrificial Avatars that possess strengths in areas that the Base Avatar has weaknesses in.

As with popular titles such as Diablo, there will be bonuses on offer to Avatars that achieve full equipment sets. These will help bolster their strength, to ultimately increase the amount of $META players earn in the long run.

Benefits of the Fusion Mechanism

The reason for the introduction of Fusion into KLAYMETA is that it gives players the opportunity to intricately develop a single character over their KLAYMETA career, just like they would in any other successful story mode game or MMORPG.

With such development mechanism in action, there is also less of a necessity to initiate NFT mints in order for Avatars to gain valuable in-game assets. As observed in other blockchain-based games, this process only ever removes agency away from players, whilst also adding an epidemic of NFT overpopulation to gaming ecosystems. 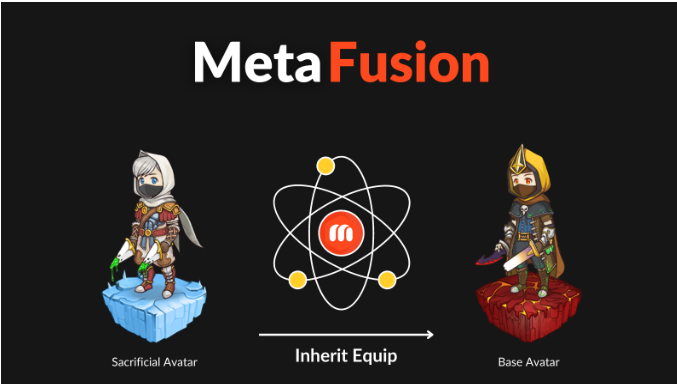 Perhaps most importantly, the fundamental byproduct of Fusion will be that players will be more inclined to engage in gameplay, as opposed to playing the menus. This is because gameplay will be the context in which the individual process is truly recognized.

In addition, and as the economics of Fusion dictates, those pursuing the most powerful Avatars will burn a far greater number of Avatars than they will mint, which will further lead to net positive impacts on the game’s economy.