Stephan Martiniere, an award-winning visual artist and well-known name with experience in top Holywood movies has joined the Alterverse game to create a unique experience for the Sky City.

Stephan doesn’t even need an introduction to his digital works and movies. The visual artist has worked with Disney Imagineering for the last seven years. Apart from that, Stephan has worked in top Hollywood movies such as Avatar, The Star Wars series, and The Pirates of the Caribbean.

Besides movies, Stephan has designed some mesmerizing visual designs for video games, theme parks, and animated film for the past 30 years.

When asked about his thoughts on working with AlterVerse on Sky City, this is what the visual artist said.

“As a visual futurist, I design imaginary worlds to convey a sense of hope and wonder. But AlterVerse brings that design to life for everyone to experience. With AlterVerse, the possibilities become limitless.”

Image FX Magazine featured Stephan Martiniere as one of the 50 Most Inspirational artists in 2012.

A mesmerizing free-to-play metaverse city, Sky City, will serve as a central hub of the Enjin-based game, AlterVerse. Located in the cloud of planet Aureus, Sky City will enable the players to trade their digital assets, customize characters, earn tokens, and much more in the city.

To make Sky City as realistic as possible, the developers have put in-game voice chat along with Weather Transitions and Full Day and Night Cycles.

According to the AlterVerse Inc. Blog, Sky City will feature the following:

The players can build homes on some of these NFT plots, while the other plots will be for the players to start their businesses.

Apart from NFTs lands, some Halospheres will feature sight-seeing attractions such as amusement parks, a vast marina, a stadium, and much more.

Sky City will also feature forest biomes where the players can look for and gather some valuable resources to craft antique furniture and building parts.

Apart from featuring more than 80 retail shops and apartments, the Central Shopping Plaza will include a Deathmatch arena and a Hover Car Track. 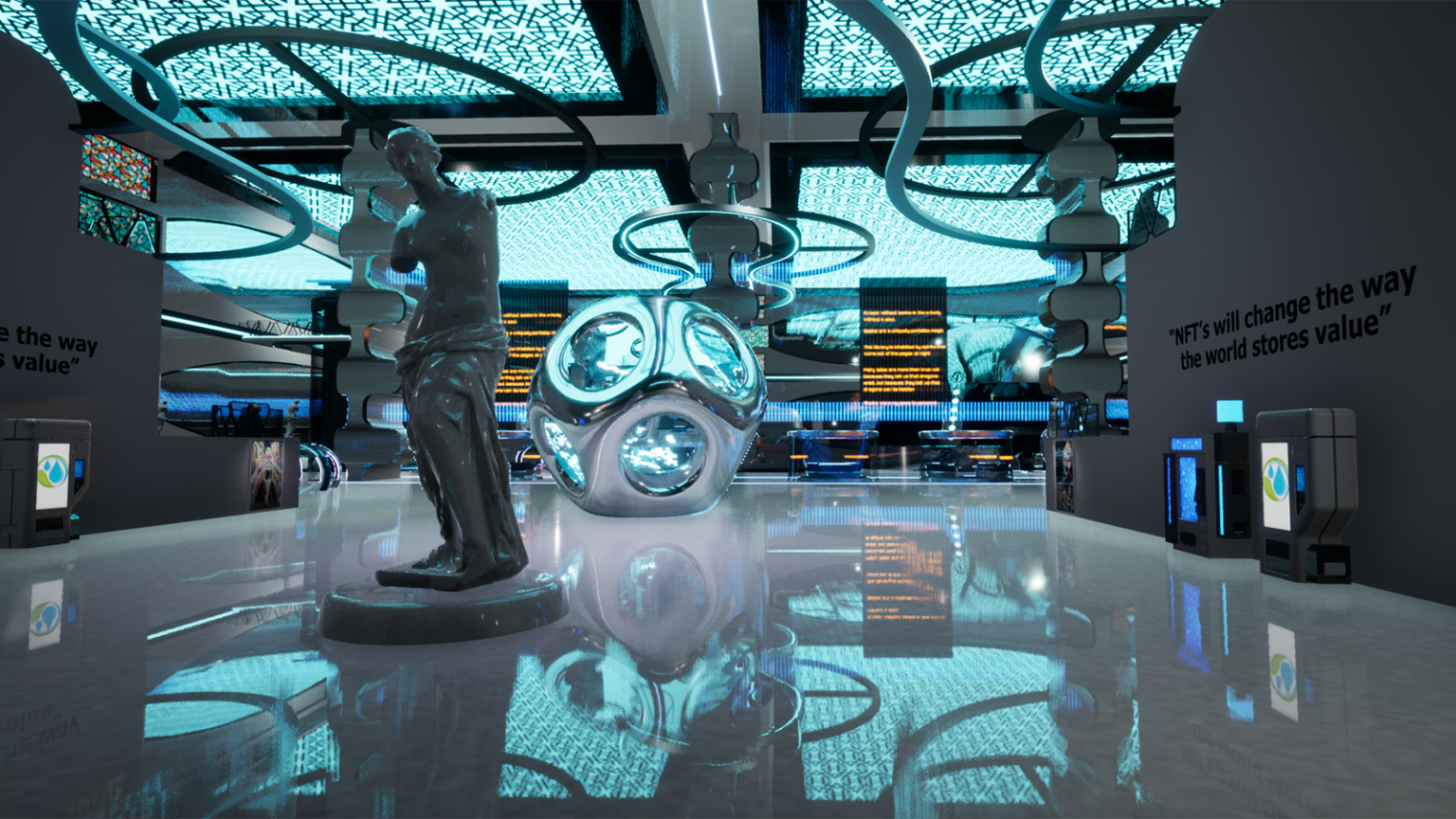 On the West side of the Central Plaza, you will find an NFT skin shop where players can buy skins as NFTs for their weapons, armor, and personal clothing.

The Northside of the shopping plaza will have a well-appointed City Hall where an elected City Council will hold meetings to make strategies to promote tourism and plans for the city.

If you want a member-only hot stop for music and dancing, you might want to head to the opposite side of the round plaza where Club Sky City is located.

Did we mention Arnold’s Diner? An astonishing 50’s style shop where you can buy food and socialize with other players.

According to AlterVerse, the Closed-Alpha will be launched in June 2022.